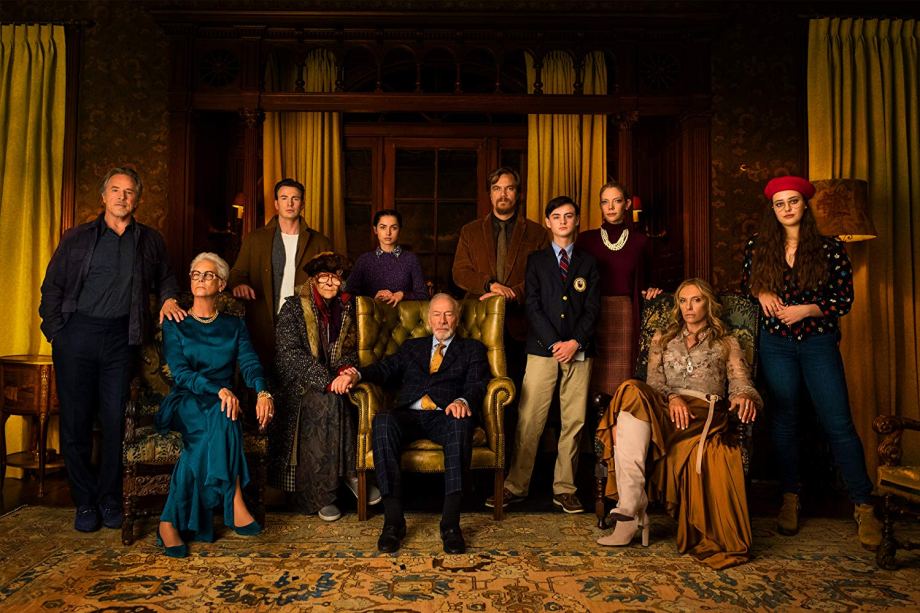 Writer/Director Rian Johnson (yes the one that the internet thinks ruined Star Wars) brings us a traditional murder mystery with an impossibly starry cast. Think the bastard lovechild of Agatha Christie and Clue with a touch of Downton Abbey thrown in for good measure.

A quirky private detective (Daniel Craig rocking another shocking accent) is hired to investigate the death of a family patriarch. Everyone has a motive and pretty much everyone is an arsehole. Whodunnit?

Now I haven’t written a sick sense review for many, many months. Partly because of the shitstorm that was moving house but partly because I haven’t been mortally offended by any movies recently. Apart from this one. So here, in advance of its UK DVD release later this month, is my take on Knives Out. 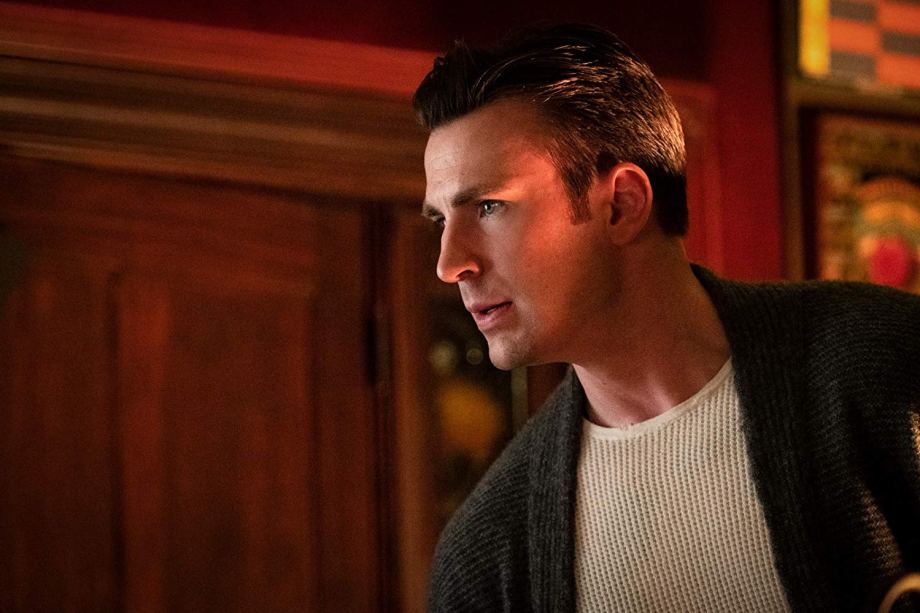 Why did no one warn Zoe, his eyes seemed to say.

This is a bloody good film, it’s well acted, well written and has a multi-talented cast (including the ever bad-ass Jamie Lee Curtis) and for the most part I enjoyed it. Rian Johnson writes a cracking screenplay (shut up Star Wars fans) and has seemingly created a brand new detective franchise with this darkly comic mystery. Also who doesn’t love a film which has a chair made of knives as it’s centrepiece/Chekov’s gun?

Chris Evans makes for a convincing bad guy (even if it was kinda easy to guess) and I’ve been dying to see him in a role like this for a while. I’ve always had a secret suspicion that underneath his caring and affable exterior lies the beating cold heart of a psychopath and this movie doesn’t do anything to dissuade me of that. The rest of the family are also suitably cretinous and their dysfunctional relationship makes this a cut above your usual posh-person whodunnit. The whole thing moves along at a cracking pace and the dark humour kept me entertained from start to finish, even if you do guess the ending it doesn’t really matter.

The one decent human being in the movie, Nurse Marta (played by the lovely Ana de Armas, shortly to be seen alongside a non-shitty-accented Daniel Craig in the new Bond film) was the main character and also my main source of angst. Who the fuck throws up whenever they tell a lie? I’ll tell you who, characters in a movie which needs a plot device, that’s who. Seriously though, they couldn’t have picked any other symptom – passing out? Pooping? Anything else but that. Think of the emetophobes! There are three incidences of unnecessary vomiting in this but they’re well-telegraphed enough for you to be able to avoid watching if you so choose. The only mild ‘surprise vomit’ comes right at the end and is, I assume, the whole reason for this plot point being written in. *Shakes fist* Damn you, Rian Johnson, damn you.

So would I recommend spending your hard-earned cash on this when it is released in the UK on 30 March? If you’re a complete emetophobe probably not, it does spoil the whole film but if you can cope then I would suggest watching, with a mate, from behind a ‘safety cushion’. It definitely lives up to the hype.