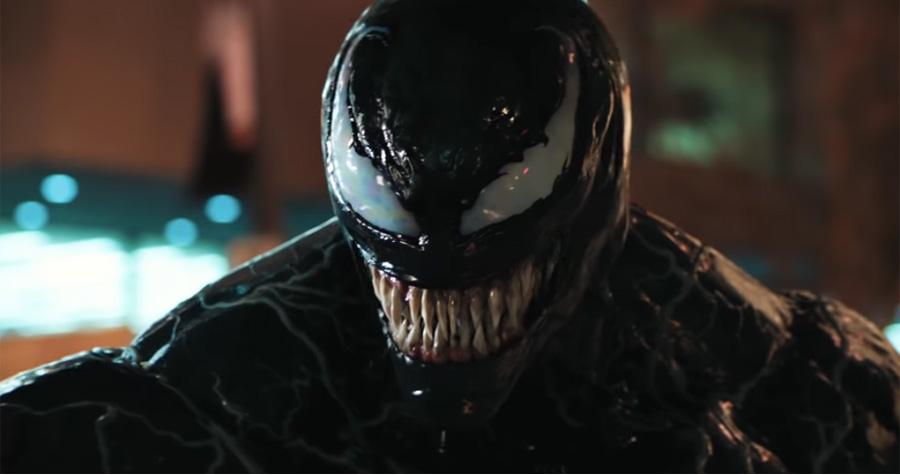 In his efforts to take down evil scientist Carlton Drake (Riz Ahmed), journalist Eddie Brock (Tom Hardy) is infected with an alien symbiote who has a penchant for head-chomping and snark. Chaos, cannibalism and carnage (see what I did there?) ensue.

OK, so I may have gone into this movie with very low expectations – the trailers were so-so, the promised R rating disappeared and the critics HATED it, but it was a Venom movie starring the fantastic Tom Hardy so I was bloody well going to see it regardless. And I have to say I’m glad I did, I had a ball and so, judging by his performance, did Mr Hardy.

It’s not a MCU movie and it doesn’t need to be, we’ve had more than enough of those recently. What it is though, is funny. Actual laugh out loud funny. I swear I laughed one hundred percent more during this movie than I did during Deadpool 2. So sue me. The CGI might be a little iffy at times, they might have spent too much time establishing Eddie’s character (principled loser, we get it) but when he finally gets envenomed (it’s a word, I checked) it’s a blast.

Tom Hardy was shocked when the scenery started chewing HIM.

There are obviously some less impressive elements, Michelle Williams is hideously underused (maybe it IS like an MCU movie after all) and it all feels a bit disjointed (I presume where they edited all the good shit out to cut the rating). It would have benefited from much more Eddie/Venom interaction as this really was the highlight here. Tom Hardy nails it as both Brock and his alien alter-ego. The Venom voice is fabulous and his comic timing spot on. Even if you don’t like his performance here no one can deny that Hardy throws himself wholeheartedly into the role. Think Jim Carrey, but with actual acting ability.

There is only one puking sequence and it comes right after a newly infected Eddie goes bin-diving for manky old chicken. You have been warned! Also if you don’t like long prehensile tongues and black ooze, this is probably not your type of thing.

Judging by the amount of cash the film took and the end credits sequence (shhh, spoilers) things are looking good for a sequel. Fingers (and gooey black claws) crossed everyone.

Movie Rating: 7/10  if there’s any scenery left after all the chewing by Hardy and Ahmed I would be very much surprised.