A couple living an idyllic life in an isolated woodland cabin run into a bunch of drug-addled cult members. Things do not end well. For anyone.

This film is bonkers, seriously bonkers but utterly mesmerising. There’s plenty of gore for horror fans (chainsaws all over the place), plenty of innovative and gorgeous cinematography choices for film fans and plenty of scenery chewing for Nicolas Cage fans. The plot might be a bit thin (it’s your standard revenge story with added artwank) but in the end that doesn’t really matter. Who wouldn’t watch a movie where Cage gets to forge his own death-axe? I mean c’mon.

Although the overall visual style of the movie is the real star, the cast do their best to weird you the fuck out with their seriously creepy characters. Special mention to Andrea Riseborough as Mandy. She might not make it to the end of the film but her haunting presence continues to be felt until the credits roll. Linus Roache also has a lot of fun as cult leader Jeremiah (clearly some sort of American Idol reject gone bad). I also let out a little cheer when Cage detours off to see Bill Duke (MAC!!!) to  get his crossbow back for reasons (yes, this makes no sense, but who cares, it’s Mac from Predator!).

The vomiting is relatively minor for this genre of film. There’s some blood-spewing when people are being stabbed/decapitated/gouged etc but the main offence comes from a TV advert. Yup, you read that right. After the titular character is offed in unpleasant fashion (NOT a spoiler – it’s a revenge movie) Cage wanders back into his house and on the TV there is THE MOST REVOLTING AD FOR CHEESE YOU WILL EVER SEE. You may never eat cheese again after this. Well I did, but that’s only because I would literally cease to exist without cheese, it’s my main food group. 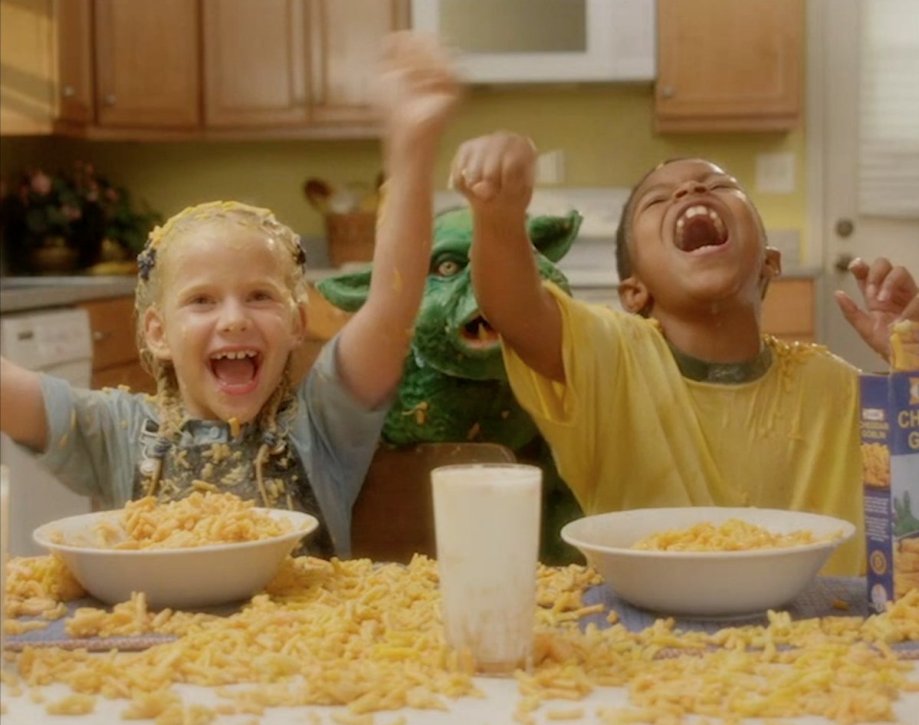 Overall an entertainingly bloody revenge horror, clearly destined for cult status with a slightly more understated performance from Cage than we’re used to (last 30 minutes notwithstanding), this is deserving of a space on any horror or film fan’s watch list. Just not one for fans of macaroni cheese.