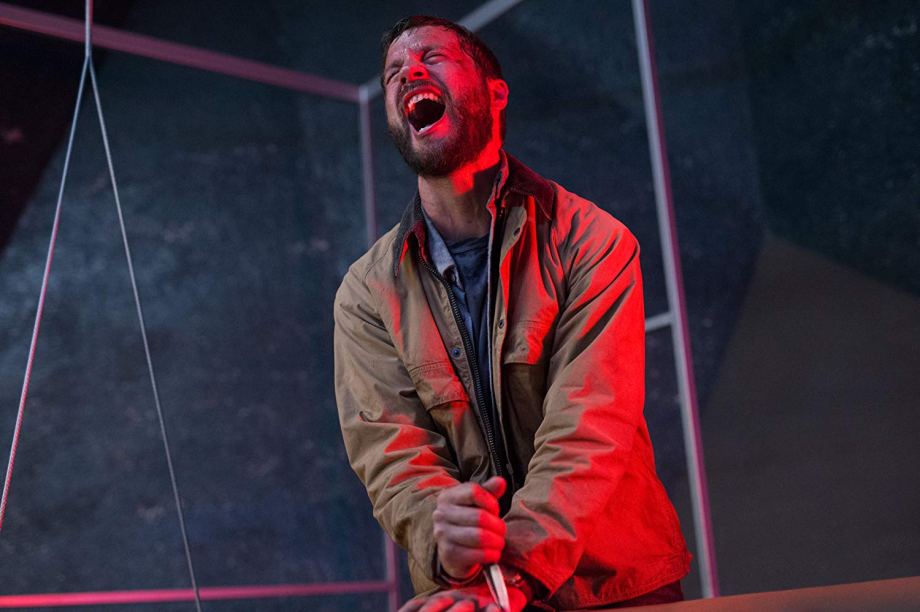 After his wife is killed and he is paralysed during a robbery, Grey Trace receives a spinal implant which enables him to both walk again and revenge-murder people with impressive fighting skills. Implant soon to be available on the NHS….

Ooh this is a great movie. I loved it (much more than Mandy if I’m being honest – but then I usually do prefer a decent story over artwank). Logan Marshall-Green (I’ll save you the trip to IMDB, he was Shocker in Spider-Man Homecoming, you’re welcome) makes for an excellent protagonist. From the physical aspect – yes that’s exactly how I imagine you would move if your body was being controlled by an AI chip that hasn’t done this sort of thing before, to the emotional – whaaa stop killing people this is gross! etc, Marshall-Green is spot on. Creepy tech genius (and apparent young Leonardo DiCaprio clone) Eron Keen is nicely played by Harrison Gilbertson and the bad guys lead by Benedict Hardie as Fisk (no, not that Fisk, another one) are pretty damn horrible. 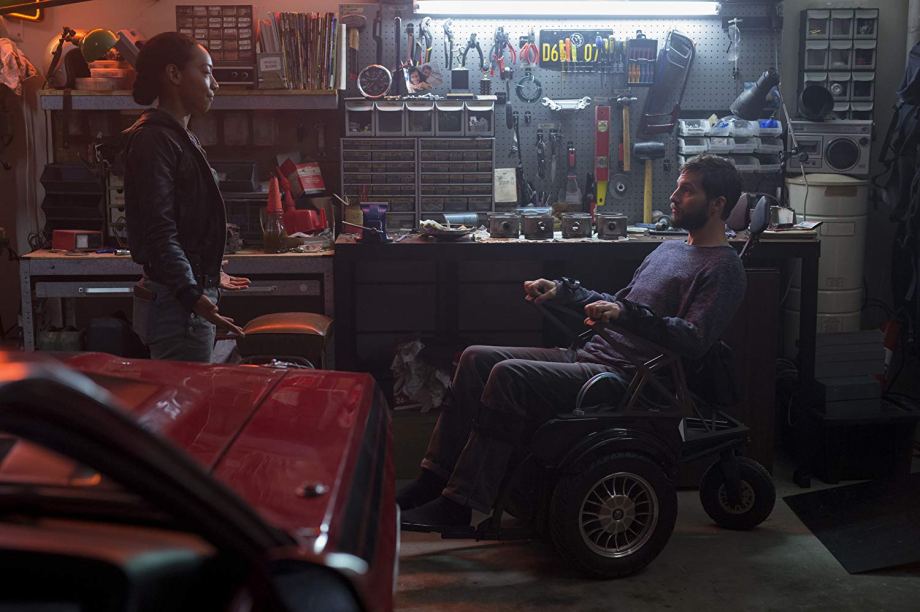 Coming from horror veteran Leigh Whannell (Saw, Insidious) there was always going to be gore and, even by my standards, Grey inflicts an awful lot of damage on the bad guys. All in gruesome close-up. Lovely. The fight scenes are well executed and zippy. Sentient robot chips apparently have BADASS ninja skills. You might (like I did) see the plot twist coming a mile off but you probably won’t guess the second one. So I’ll keep quiet on that.

Vomit-wise there’s only one incident to worry about – just have your finger on the mute button/ cushion of denial at the ready after Grey kills someone for the first time. Not nice. Not nice at all.

I would totally recommend this film to anyone who likes horror or sci-fi. It’s a brilliant, well thought out movie and I look forward to seeing Logan Marshall-Green a lot more in the future. Also more Leigh Whannell please!

Film Rating: 9/10 (Loss of point for unnecessary vomiting in sink)